Moldova. In 2000 Parliament won a fierce power struggle with President Petru Lucinschi and decided that the President should be elected by Parliament instead of in general elections. But MPs failed to appoint a new president. None of the candidates got the necessary majority despite several votes, and Lucinschi announced new elections to Parliament in January 2001. The election was won by the Communist Party, which got its own majority with 71 seats. The Braghisalliance with five small center parties took 19 seats and the Christian Democratic People’s Party got 11 seats.

The new majority enabled a presidential election, and in April, Communist leader Vladimir Voronin was appointed new head of state. However, the newly formed government came to be dominated by ministers from the center’s former minister Dumitru Braghi. Only three communists received ministerial posts, and an independent politician was appointed an independent politician, Vasile Tarlev. He pledged to save the country from the disastrous economic condition through market reforms.

However, the poverty has worsened as a result of privatizations already carried out, which contributed to the communists winning the election. For example, many people can do not pay electricity bills after distribution has been privatized and prices have gone up.

Moldova is officially the poorest country in Europe, the average monthly salary corresponds to about SEK 300 and it is common for people to live by barter. In desperation, many people sell their internal organs to foreign recipients, and a very large number of Moldovan women travel abroad to support themselves and their families through prostitution and sex slavery.

President Voronin suggested during the summer that the small Moldovan army should be cut down and merged with the larger and better equipped military in the Dnestre Republic. The separatists there broke out from M. through the civil war in 1992 and have in effect self-government. During a visit to Moscow, Voronin said he wants closer cooperation with Russia.

Although three EU-friendly parties had achieved a scarce majority in parliament, they failed to enter into a binding co-operation on a new government. After Prime Minister Iurie Leancă’s government had been serving as the Ministry of Business from December 2014, in February 2015 he was not given a vote of confidence in parliament for his new government, consisting of two of the three EU-friendly parties. Then got the partyless Chiril Gaburici the government mission of the country’s president. On February 18, he received a vote of confidence, with the Communist Party also voting. The government consisted of representatives of the Liberal Democratic Party and the Democratic Party, besides the partyless prime minister, as proposed by the Liberal Democratic Party. Already on June 12, he resigned as prime minister, and Moldova experienced a month and a half government crisis.

Foreign Minister Natalia Gherman led a business ministry until Valeriu Streleț of the Liberal Democratic Party on July 30, 2015 became prime minister of a majority government of the three EU-friendly parties. This government was distrusted in Parliament as early as October 29, 2015, when parts of the government coalition agreed with the Communists and Socialists, who had promoted the motion of no-confidence. The new government crisis proved even more difficult to resolve than the previous one, although self-proclaimed EU-friendly parties still held a majority in parliament. In late December, President Nicolae gave Timofti the task of forming a new government for businessman Ion Sturza, who had been prime minister in 1999. When he was to stand for parliament to get the government approved, so many parliamentarians stayed away from the meeting that parliament was not quorum.

In January 2016, then representatives of a parliamentary majority proposed a little across the traditional divide, with the Democratic Party at the head, that the president should give to the disputed politician and businessman Vladimir (Vlad) Plahotniuc commissioned to form a new government. However, on January 13, President Timofti refused to do so and justified the decision that there was reasonable doubt as to whether Plahotniuc had sufficient integrity for such office. At the same time, Timofti asked the representatives of the parliamentary majority to propose a new candidate, which they initially refused. President Timofti then (January 14) proposed Ion Păduraru as new prime minister. He had previously been Minister of Justice, then Presidential Counsel. When, after political probing, Păduraru realized that he would not be able to get a parliamentary majority behind him, he resigned. Instead, the president gave the government assignment to the country’s IT minister, Pavel Filip, who in the meantime had been proposed as a new prime ministerial candidate by the majority representatives.

With 57 (out of 101) votes, Philip received a vote of confidence on January 20. The majority consisted of representatives from the Democratic Party and the Liberal Party, as well as individual representatives from other parties, including the Communist Party. The government declared that it would continue Moldova’s EU-friendly course. The meeting in parliament was stormy as the opposition partly boycotted the meeting and partly demonstrated in the hall with posters and calls. Outside Parliament there were large demonstrations demanding new elections.

The demands for new elections were also set in large and protracted demonstrations in 2015, and were supported by the opposition parties. At the same time, it was clear that with the constitutional provisions on presidential elections it would be difficult to elect a new president when Nicolae Timofti’s tenure was over in 2016. That problem was solved by the Constitutional Court in March 2016 stating that the constitutional amendment which in 2000 ruled that the president should elected by parliament, was unconstitutional and should therefore be reverted to the system of direct election of president. It was held on October 30, 2016 with another ballot on November 13. The two leading candidates were Igor Dodo n from the Socialist Party and Maia Sandu from the Action and Solidarity Party. Dodon won the election with 52.4 percent of the vote against Maia Sandus 47.6 percent.

In 2017, the electoral system was changed. Half of the representatives of Parliament should be elected in the majority electoral, but with only one round of voting, and half would be elected on party lists, where the country was going to be one constituency. In the election on February 24, 2019, the Socialist Party received the most votes (31.2 percent), followed by the election alliance ACUM with 26.8 percent, the Democratic Party with 23.6 percent and the party with 8.3 percent. The other parties came under the 6 percent barrier (8 for electoral alliances), including the Communist Party, which for many years was the country’s largest.

The Socialist Party, which was led by Igor Dodon before becoming the country’s president, has taken over the role of the Communist Party in the past. ACUM is an electoral collaboration between former presidential candidate Maia Sandus and a similar group led by Andrei Năstase. They have little left over for the Russian-friendly Socialist Party and believe that the EU-friendly government party The Democratic Party is only apparently Western-friendly, and primarily represents the interests of the party leader, the disputed oligarch Vlad Plahotniuc, and thus an obstacle to the fight against corruption and forthe rule of law. The party haror has a name for the party leader, the corruption-suspected businessman and the mayor Ilan Șor from the city of Orhei, where he has local support.

The new mixed electoral system gave the Democratic Party a good count in the one-man circles. The distribution of seats in the new parliament was thus: Socialist Party 35, Democratic Party 30, ACUM Alliance 26, Șor Party 7, and 3 independent representatives. The turnout was 49.2 percent, down from 58.9 percent in the last election. There were significant geographical variations in the election. In the capital, Chișinău, the ACUM Alliance was the largest, as were Moldovans who voted abroad.

Such the result of the election was, it did not allow for one particular government coalition, since the contradictions between the three major blocs are so great. However, as the deadline for establishing a new government was about to expire, the Socialist Party and the ACUM Alliance agreed to form a majority government to get rid of the government of Pavel Filip of the Democratic Party. Maia Sandu from ACUM was to become prime minister and Zinaida Greceanîi from the Socialist Party parliamentary president. On June 8, 2019, the new government was sworn in, but on the same day the incumbent Philip decided to dissolve parliament and print new elections because the deadline for forming a new government was allegedly overlooked. Then President Igor Dodon from the Socialist Party refused to sign, he was suspended by the Constitutional Court, which also declared Parliament’s decision on a new government and parliamentary president invalid. Pavel Filip was given the role of interim president by the court in order to sign a new election on September 6. The parliamentary majority, for its part, refused to have its resolutions declared unconstitutional, and so there were two competing governments in Moldova for the time being. 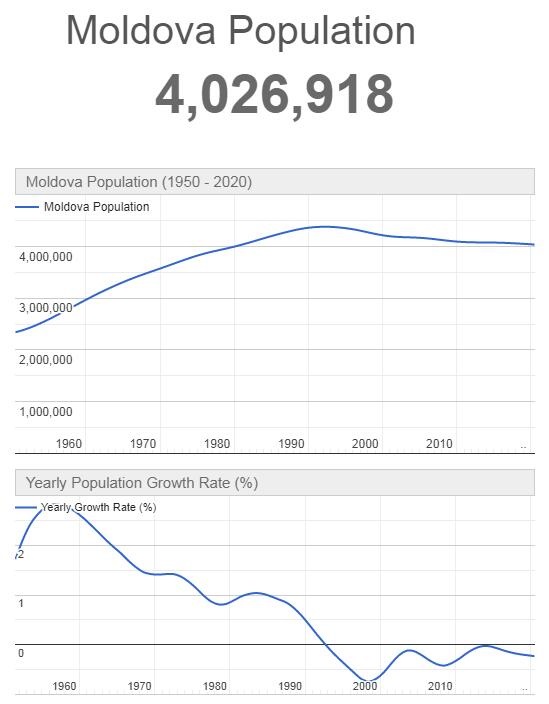