Federated States of Micronesia. The election of ten senators was held in March. A new congressman was elected when a senator had died during the year, the other nine were re-elected.

Negotiations with the United States on the agreement that gives the country internal self-government while Americans conduct foreign policy and defense began during the year. The agreement, which until now had given Micronesia about $ 100 million a year, is renegotiated every fifteen years. The parties agreed on a new treaty but disputed the level of compensation.

An American tanker that sank off the island of Ulithi during World War II began to leak large amounts of oil in October. Efforts were made to block the leak, which threatened the untouched coral reefs in one of the world’s largest lagoons.

State and form of government
Constitution of 1979
Federal Republic
Free association agreement with the USA (responsible for defense) since 1986
Parliament (Congress) with 14 members, election of 10 members every 2 years, of 4 members every 4 years
Election of the head of state by parliament every 4 years
Suffrage from 18 years of age

By economic sector: No information 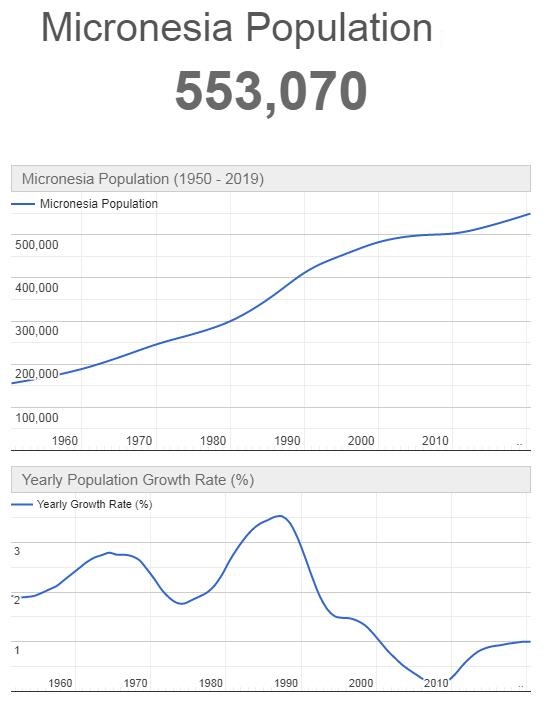