Mexico. On March 11, representatives of the Zapatist guerrilla reached Mexico City after a two-week march from the headquarters in the southern state of Chiapas. The march, which passed through twelve states and was bordered by howling crowds, ended with a mass meeting of up to 200,000 participants in the large central square of El Zócalo and resulted in guerrilla representatives speaking before Congress on March 28. The march intended to put pressure on the government to accept a proposal for a new law on the rights of Indians drawn up by a parliamentary multi-party commission.

The proposal was subsequently accepted in a modified form by Congress, which was criticized by the Zapatis, and the government has announced a possible new revision of the legislative text next year. President Vicente Fox is particularly keen to establish a permanent peace agreement in Chiapas to launch his so-called Puebla-Panamá plan, which aims at industrial development in Mexico’s poor southern parts in cooperation with the Central American Republics.

The old ruling party PRI (Partido Revolucionário Institucional), which lost last year’s presidential post for the first time in more than 70 years, has made a commitment to find itself in its new role as opposition party. At the November National Convention, some measures were taken to democratize the party. A power struggle has been feared between former Governor of Tabasco, Roberto Madrazo, and the party’s presidential candidate in the 2000 election, Francisco Labastida. In February, however, the two phalanges agreed to create consensus on the leadership issue.

The party also won some local elections during the year; most cities in the states of Durango and Chihuahua, for example, went to the PRI at the mayoral election in July. In the new election to the governor post in Tabasco on August 5, PRI candidate Manuel Andrade was re-elected, whose victory in October 2000 was annulled.

Until December 20, the country’s economy continued to grow, but the extensive flow of speculation capital out of the country forced the government to abandon the gradual depreciation of the Mexican currency. In a few days, the peso fell 42% against the dollar and the Mexican stock market collapsed. The new crisis seriously called into question the liberalization model imposed by the IMF and threatened other countries in the region.

To curb the crisis, in March 95, the government adopted a tight crisis package while receiving extensive loans from the United States and the IMF. The harsh conditions associated with this “help” triggered a severe recession. In order to reduce the worst effects of the crisis package for the popular strata, the minimum wage was raised by 10% and the health care was extended to people who had been unemployed for 2-6 months. Millions of Mexicans from the Middle Ages and the petty bourgeoisie joined in 95 to spontaneous protest movements like “El Barzón” due to the rise in their debt as a result of the devaluation. In August, therefore, the president announced the implementation of a plan for the benefit of 7.5 million indebted Mexicans.

The peace talks in Chiapas broke down, and in February 96 Zedillo began a new military offensive, however, which had to be halted after significant international protests. That same month, Raúl Salinas de Gortari was arrested as an intellectual backer of the Ruiz Massieu murder. He was the brother of the former president. At the same time, Mexico requested Mario Ruiz Massieu extradited from the United States for obstruction of the investigation into the murder of his brother. Mario had previously sought asylum in the United States. In November, Raúl Salinas’ wife was arrested in Switzerland as she tried to transfer larger funds from her husband’s account with fake papers. They apparently stemmed from the laundering of drug dollars. President Carlos Salinas declared he was annoyed at his brother’s enrichment crime.WTO (World Trade Organization) after the end of its presidential term in 94, but this was failed due to the scandals surrounding the PRI and his own person.

In December, the PRI and the two largest opposition parties agreed on an electoral reform, which included entailed the establishment of an electoral commission which was to be independent of the government and the imposition of an upper limit on the parties’ electoral budgets.

In September, EZLN interrupted the peace talks with the government, which had been going on for 16 months, accusing it of breaking the agreements concluded to be insensitive and racist. 7 months earlier, the two parties had signed the San Andrés agreements on the rights and culture of the indigenous peoples. In particular, they were about the right to autonomy. The Mexican Interior Ministry responded that it saw no reason to interrupt negotiations.

In July 97, Cuahutémoc Cárdenas was elected mayor of Ciudad de México, while for the first time the PRD became the largest opposition party in the Chamber of Deputies. At the same time, the party joined forces with the conservative PAN, the Greens and the Labor Party in an opposition alliance facing PRI.

On December 22, 45 Tzotzil Indians were killed in the village of Acteal in Chenalhó municipality in Chiapas. They belonged to the pacifist group, “Las Abejas” (the bees) and were killed by paramilitary forces with the support of the public security forces. The massacre forced the PRI inmate in the state, Julio Ruiz Ferro and Interior Minister Emilio Chuayffet to resign. The Justice Department made the subsequent investigation of the massacre a federal matter.

After Ruiz Ferro’s resignation as Chiapas governor, Zedillo appointed Roberto Albores new governor of the state. On April 11, 98, Albores ordered hundreds of police and soldiers to invade the town of Taniperlas. On the occasion of the 79th anniversary of the murder of Emilio Zapata, the city had the day before been made headquarters in the autonomous municipality, Ricardo Flores Magón. The 32 municipalities that EZLN continued to control were put in the highest alert. Although the San Andrés agreements were not yet implemented in law, the Congreso Nacional Indígena (National Indian Congress) called for the creation of new autonomous municipalities across the country.

Referring to Article 33 of the Constitution and with allegations of supporting the development of parallel government structures – and thus interfering with Mexican domestic policy – 12 foreigners were deported from Mexico. They had stayed as observers in Taniperlas in Chaipas. The action sparked sharp criticism – not only diplomatically but also from the national and international civil society.

In previous years Mexico had displaced Colombia as the most important center for the drug cartels in Latin America. Still, the United States continued its policy of aid and loans to Mexico, while Colombia was sent out into the cold. This once again raised the debate about America’s contradictory policy towards Latin America.

The number of deaths while trying to reach across the US border was quadrupled in 1998 compared to the previous year. US Border Police used much tougher funds and stepped up patrolling at the places where refugees used to go. It forced them to seek new and more dangerous routes. But despite the danger, low wages in Mexico and the lack of work are still sending more across the border to the United States. The number of illegal immigrants in California, therefore, continues to rise.

In August 1999, Cuauhtémoc Cárdenas of the center-left PRD and Vicente Fox of the right-wing PAN formed a historic alliance. In an effort to break PRI’s 70-year monopoly in power, the two parties would elect one joint presidential candidate for the July 2000 election.

However, the coalition collapsed as early as December when PAN rejected a proposal by a group of “reputable” citizens on how to select the coalition’s presidential candidate. The right wing had formulated 25 criticisms of a proposal made by 14 independent personalities. These had suggested the holding of primary elections and the conduct of 4 polls to appoint the joint candidate for the 8 opposition parties. A study by La Reforma newspaper in the week that the coalition collapsed showed that 63% of Mexicans supported the formation of an opposition alliance as a counterbalance to PRI and that 60% of those polled preferred Vicente Fox as the alliance’s presidential candidate. Only 19% supported Cárdenas’ candidacy. 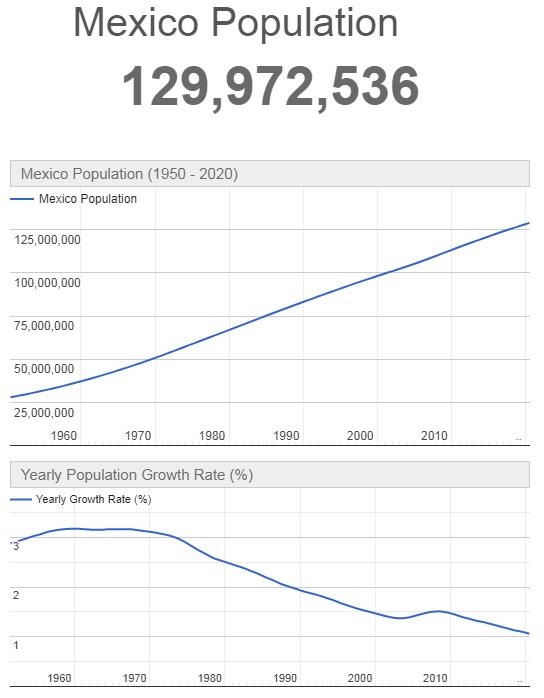