The Maldives experienced a slow but secure economic development in 96, with industrial production increasing by 10%. Education’s share of the state budget reached 9.2% in the same year.

In May 97, ASEAN met the countries of Male where they adopted poverty eradication initiatives and where they decided to protect the environment, following studies to confirm the rise of the sea around the Maldives. At the end of the year, the president briefed delegates from the United Nations and the British state on these concerns. In November, a new constitution was adopted that came into force on January 1, 1998. It predicts the president elected by parliamentary elections. Among the 5 candidates, Parliament in September decided to elect Gayoom for a 5th term. This decision was confirmed in November by a referendum of 90% of voters.

In its 1997 annual report, Amnesty International criticized the fact that in the Maldives there are at least a dozen political prisoners arrested for manifesting their opposition to the Gayoom government. Many of them have been incarcerated without judgment or official charges. Following the November 1999 parliamentary elections, Amnesty accused the government of preventing 3 of the elected candidates from taking their seats in parliament. Acc. According to the human rights organization, the candidates of the government have been accused of “promoting dissatisfaction”, which can cost up to 15 years of exclusion from political life. The government had prevented the parties from running the election campaign for the candidates, thus forcing everyone to stand as independent candidates.

Throughout the 1990s, Maldives was the target of international criticism of the systematic human rights violations. In the country, homosexuality between men is punishable by up to life imprisonment. Journalists Without Borders has criticized the imprisonment of journalists who wrote critically about the government. Amnesty International has called on the government to change its legislation, to improve freedom of expression and to respect the right of habeas corpus.

In September 2003, Male was the scene of a demonstration that ended up costing 3 lives, 25 wounded and 100 arrested. The background was a prison riot that broke out due to torture and lack of lawyers. Among the prisoners were 3 parliamentarians who wanted to run for presidential election as well as a number of members of the banned Maldives Democratic Party. The October election was won by Gagoom, who got 90.3% of the vote. He was the only candidate.

In June 2004, Gayoom promised to make changes to the Constitution, limiting the length of time the same person can occupy the presidential post, and further permitting the formation of political parties.

After a demonstration in August demanding democracy in the country and the release of the 5000 political prisoners, the government declared the country in a state of emergency. Government spokesman Ahmed Shahid stated that this step was taken because the demonstration was developing violently. Police reported that over 50 protesters were arrested. It was not until October that the government reinstated some of the rights that had been revoked. the state of emergency. This includes that no person could be detained for more than 24 hours for no reason. Supporters of democracy declared that the reinstated rights were merely mascot, and should simply divert international criticism of the conditions in the country.

The December tsunami that hit Southeast Asia also reached the Maldives, costing over 80 lives and a dozen missing. Large parts of Male were put under water. The damage was extensive as most of the country’s territory is less than 1 m above sea level.

In June 2005, Parliament voted unanimously to introduce a multi-party system in the country. In August, the leader of the Maldives Democracy Party, Mohammed Nasheed, was arrested during a demonstration in Male. During the arrest, authorities claimed that they merely detained him for his own safety and to disperse a demonstration of about 600 participants. But two weeks after his arrest, he continued to be imprisoned with 100 other participants and was now charged with terrorism, as he had stated during a public speech in July that President Gayoom would be “overthrown with violence” if he did not post election or resign. According to the government spokesman, the charges against Nasheed were “linked to the threats to the state and terrorism”. He can be sentenced from 2 years in prison to life for. Democratic Party spokesman Mohamed Lathif, who lives in exile in Sri Lanka, declared that Gayoom’s political survival is obviously under threat, and he therefore wants to “eradicate any opposition”.

Amnesty International designates the Maldives as one of the countries that uses hardware and software as a means of censoring and restricting access to the Internet. According to the human rights organization, many multinational companies participate in government censorship efforts, as it is a requirement in many countries for companies to operate in these. 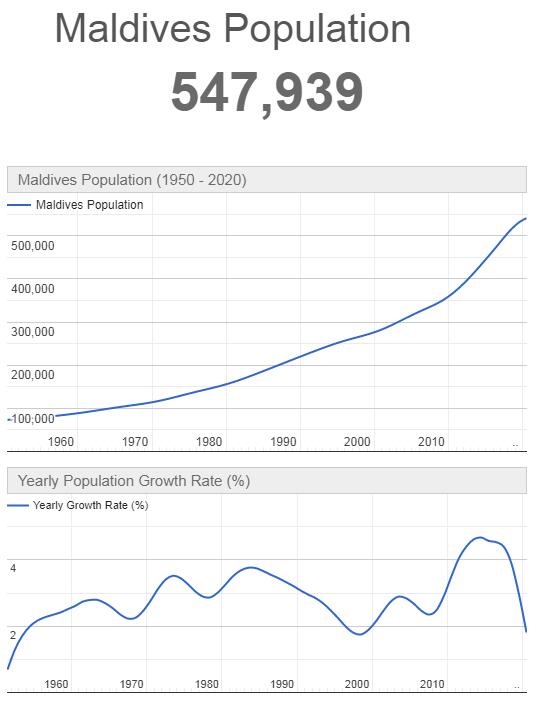