Iran. During the year, reform friends in Iran further secured their grip on the country’s chosen institutions, while the country’s conservative camps retained control of the judicial system, security forces, the state media and the influential Guardian Council.

The incumbent President Mohammad Khatami won the June 8 presidential election. He got 78% of the vote, while the most successful challenger, the conservative Ahmed Tavakkoli, got 15%. Over 800 people had applied to run for office, but only nine of them were approved by the Guardian Council. The turnout was 67%, significantly lower than the 88% listed in the 1998 election. Khatami sworn in on the August 8 presidential post. The ceremony was delayed by three days because of a conflict between reform friends and conservatives over the appointment of new members of the Guardian Council. Parliament refused to approve three new members appointed by Conservative judges. In the end, Parliament was forced to back down.

A number of regime critics were sentenced during the year to long prison sentences. In January, journalist Akbar Ganju, translator Saeed Sadr and interpreter Khalil Rostamkhani were sentenced to ten, ten and nine years in prison, respectively, for their participation in a regime-critical conference in Berlin in 2000. By contrast, I’s most popular female politician Jamileh Kadivar was completely freed. Ganju later received his sentence reduced to six years.

Iran signed various types of cooperation agreements with Italy, Russia and Saudi Arabia during the year. Foreign Minister Kamal Kharazzi met with EU Foreign Minister Javier Solana on 10 September. The parties, which have not met at such a high level since the 1979 Iranian revolution, discussed, among other things, plans for a trade agreement that would increase EU investment in Iran. The United States, in August, extended sanctions against Iran and Libya for another five years.

I’s spiritual leader Ayatollah Khamenei condemned the terrorist attacks in the United States on September 11, but at the same time accused the United States of trying to exploit the situation to strengthen its influence over the region. Iran was critical of the US massive bombing of Afghanistan but supported the Northern Alliance and, above all, its Shi’ite Muslim groups. When the Taliban regime in Afghanistan fell in November, Iran was the first country to open its embassy in Kabul.

About 500 people died when the worst floods in more than 200 years hit northern Iran in mid-August.

Both Israel and Saudi Arabia feared greater Iranian influence in the Middle East after their fundamentalist Islamic allies in Syria in 2016-17 were defeated by the Syrian state supported by Russia, Iran and Hezbollah.

Iranian Kurdistan was hit in November by a powerful 7.3 magnitude earthquake on the Richter scale. A few days later, the Iranian authorities estimated that the quake had killed 530 people, 12,000 houses had been totally destroyed and 15,000 others had been injured. Iraqi Kurdistan was also hit by the quake. (Officials raise Iran-Iraq earthquake death toll to at least 530, Guardian 14/11 2017)

In late December, protests erupted in most major cities in Iran. Especially young people were walking in the street to protest against the lack of jobs and the poor financial situation. Despite the lifting of the West’s financial sanctions against the country, which had made some economic progress, the youth had only to a limited extent benefited from this development. After 5 days of demonstrations and protests, 21 protesters had been killed. US rabid UN Ambassador Nikki Haley who has no other problems with Israeli security forces’ killings of Palestinians, the Honduran dictatorship killing of protesters or the Turkish Islamic dictatorship killing of Turks and Kurds welcomed the Iranian uprising, called for international support for the protesters and promised the case at the UN.

2018 The United States starts preparations for war against Iran

In early May 2018, Israel presented “evidence” that Iran breached the International Cooperation Agreement on Nuclear Disarmament with the EU, US, Russia and China. However, the Israeli evidence was rejected by both the EU, Russia and China as completely untrustworthy. When the false offensive failed, Israel carried out extensive May 8 attacks on Iranian targets in Syria. 15 were killed, including 8 Iranians. The purpose was, as in April, to force an Iranian backlash. It also failed. The United States therefore declared on May 10 – as expected – that it would no longer comply with the International Cooperation Agreement with Iran. The decision was contrary to international law, as the agreement had the UN Security Council blue stamp. A few hours later, Israel carried out the most extensive aircraft attack on Iranian targets in Syria since the war in 1973. 27 were killed, including 11 Iranians and 6 Syrian soldiers. Once again, the Iranian counterpart failed. Israel claimed that it had been subjected to Iranian rocket fire in the Golan prior to the attack, but Israel was not able to provide substantive evidence, and it did not make sense that Iran should attack in the highly explosive situation Israel and the US had created in the region. 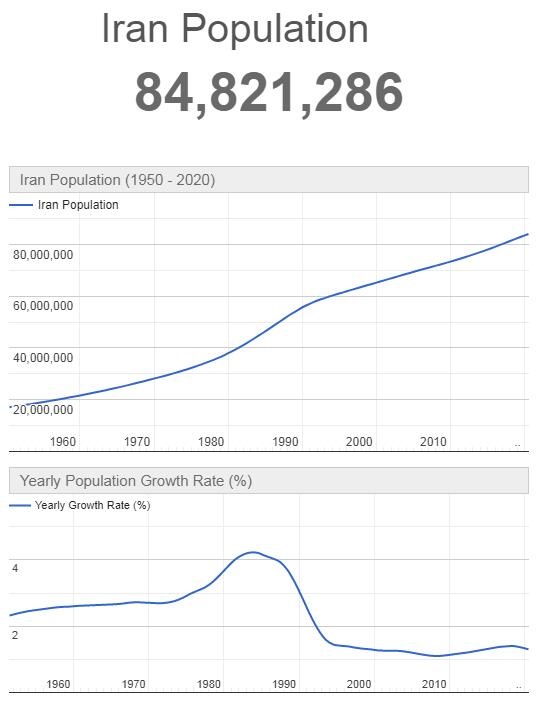