Haiti. On February 6, Jean-Bertrand Aristide was installed as president, and on March 2 the new government with Jean-Marie Chéréstal as prime minister.

However, the opposition party Convergence Démocratique (CD) has refused to acknowledge the ruling party Fanmi Lavala’s (FL) election victory from May 2000, and at the same time installed Gérard Gourgue as its own “shadow president”.

The protracted political crisis in Haiti has caused the US cooperative organization OAS to act as a mediator, and the tense situation between government and opposition seemed to be resolved when negotiations broke down in May.

Despite Aristide’s talk of dialogue and peace, he refused to agree to the proposals for re-election and a reorganization of the national electoral commission presented by the OAS and the opposition accepted. While the institutional crisis remains unresolved, all international aid to Haiti is being withheld.

On July 16, 1996, Claude Raymond was arrested for leading terrorist activities. He was general and former minister of Duvalier’s government. Four days later, André Armand was killed by unknown murderers. He was formerly a lieutenant in the army and head of a pressure squad for former soldiers. The murder took place after he publicly stated that dismissed members of the military planned to murder Préval and Aristide.

Prime Minister Rosny Smarth’s resignation in 1997 and the president’s decision to dissolve parliament and rule by decrees caused the political temperature to rise drastically and sharpened the confrontation with the opposition. In November, a homemade bomb exploded in front of a school, killing a woman and injuring 14 – including 4 schoolchildren. In March 1999, Jacques-Edouard Alexis from the Lavalas Alliance was appointed new Prime Minister.

In September 1997, the UN peacekeeping force was replaced by a 300-member civilian police force that remained under the auspices of the UN Security Council. It was finally withdrawn from the country in January 2000. The elections scheduled for March were postponed to May to allow more time to resolve voter registration issues. Only a month after the election and widespread and violent protests across the country, the Supreme Electoral Commission was forced to announce the election result, giving Lavala’s 16 out of the Senate’s 17 seats. Meanwhile, the United States, the UN and the OAS continued the recount of the votes.

In April 2000, the country’s best-known journalist was killed. Jean Dominique, who also owned Radio Haiti Inter, was shot on arrival at his job. The killing was not resolved, but the investigation revealed the best-funded and organized killing in the country’s history. One of Aristide’s allies in the Senate invoked parliamentary immunity to avoid testifying; evidence disappeared and one of the witnesses was killed and the body disappeared. A few months later, another journalist was killed with machete. The tracks also pointed this time towards government supporters.

The opposition boycotted the presidential election in February 2001. Its main candidates failed to stand, and the opposition appointed an “alternative president” instead. Despite the boycott and almost total absence of foreign observers, the election was conducted. It did not surprisingly give a crushing victory to Aristide, which could thus begin its 3rd presidential term. Although the Supreme Electoral Commission reported that Aristide had obtained 62% of the vote, it was around 20-30% for both the diplomats and the IDEN and foreign media. Negotiations between Aristide and the opposition broke down as no agreement could be reached on the composition of a new electoral commission that could re-examine the votes cast. The main reason for the collapse was disagreement over how many seats each party should have.

In December 2001, a group of heavily armed former military men entered the presidential palace, opening fire on the presidential guard. The coup attempt left 12 killed. Former police officer Guy Philippe was later arrested in the Dominican Republic after being named the intellectual backer of the coup attempt.

In January 2002, the country’s economic crisis prompted Prime Minister Cherestal to resign. In March, Parliament, by a large majority, appointed Yvon Neptune to the post. Neptune was a close friend of Aristide and promised to enter into a dialogue with the opposition to resolve the country’s political, economic and social problems. 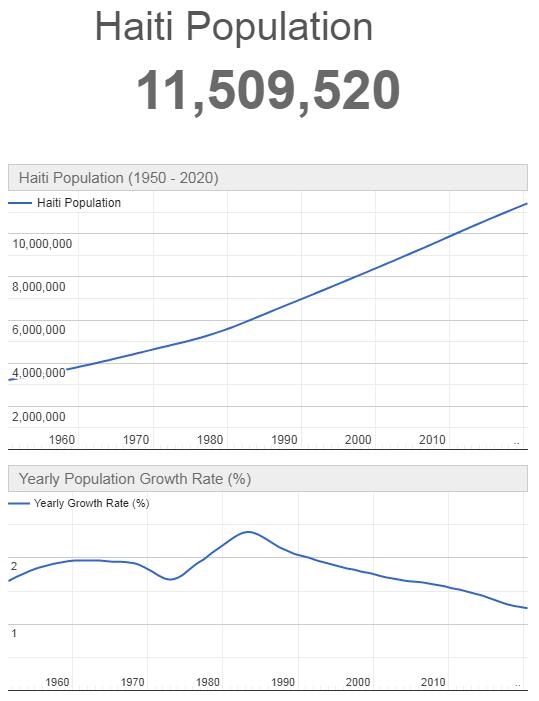