Grenada. The trial of the 21-year-old man who was suspected of the double murder of two Swedish tourists on the Caribbean island of Carriacou last year was postponed on several occasions. The reason was that new strong evidence emerged against the man. The trial was scheduled for February 2002.

Grenada closed over 20 so-called offshore banks during the year to stop money laundering. Nevertheless, Grenada remained on the OECD’s list of nations that failed to cooperate in the fight against international money laundering on September 7. If no further action is taken, the country risks international financial sanctions from 2003.

Blaize died in 1989 and was replaced at the Prime Minister’s post by Ben Jones of the National Party, supported by major business leaders and landlords. On March 13, 1990 – the anniversary of the 1979 coup against Gairy – elections won by Nicholas Braithwaite were held. He had been a minister in the transitional government following the US invasion and was regarded with sympathy by the superpower.

A 1994 study revealed that unemployment was 30% and that there was a strong emigration out of the country. Internationally falling prices for the country’s export goods, bananas, coconut, wood and nutmeg had a negative impact on this development. In March-April 1995, strikes were carried out in key economic sectors such as hotels, sugar and cocoa production. Although tourism was the country’s second most important currency source, it was unable to compete with neighboring countries in this area.

At the June 1995 election, the NDC government party was defeated by the NNP, and its leader, Keith Mitchel, former math professor at Howard University in Washington, took over the prime minister’s post. The victory is primarily due to the NNP’s promise to abolish the housing interest rate that the NDC had reintroduced in 1994.

Despite an agreement with the world’s other major nutmeg producer, Indonesia, prices continued to fall on the world market through 1995. The government announced in 1996 that cocoa prices would fall as a major North American buyer decided to suspend its purchases in Grenada.

In May, Grenada signed an expulsion and legal cooperation agreement with the United States. It was part of Washington’s campaign against drug trafficking in the region. 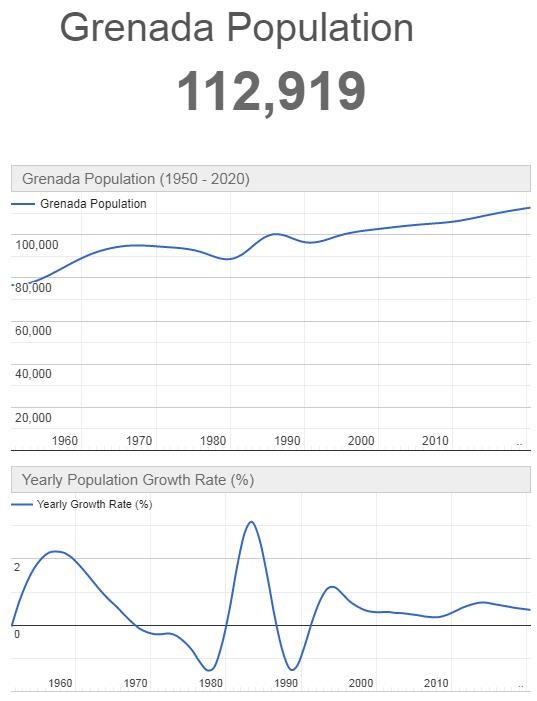