From Hiroshima to Tokyo

Visitors to Japan are amazed that this relatively small Asian country, which is one of the world’s most advanced industrialized countries, also has a rich and fascinating history. During this 11-day tour, we visit most of the country’s important sights. In Hiroshima we visit Hiroshima Peace Memorial Park, where we can see the Atom Bomb Dome, the ruins of an administrative building that was at the center of the explosion. In Kyoto, Japan’s most important cultural center, we witness well-preserved historical relics. We walk along the water in the lively entertainment district Dotonbori in Osaka. We enjoy a city tour of Tokyo that takes us to its best gardens, temples, shopping areas. Welcome to this journey from Hiroshima to Tokyo. 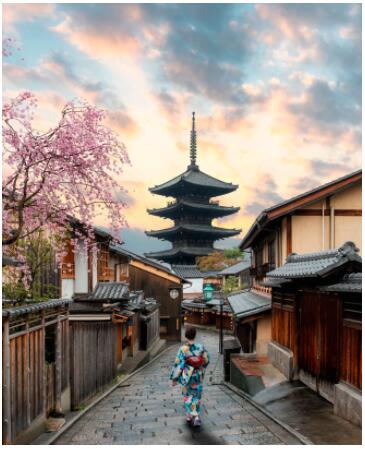 Day 2: Hiroshima
We arrive in Hiroshima and transfer to the hotel. The rest of the day free time. Overnight in Hiroshima. (Dinner)

Day 3: Hiroshima
Hiroshima became known all over the world when the city was destroyed by the atomic bomb in 1945. Today, Hiroshima is the most important city in the Chugoku region with more than a million inhabitants. In the morning we visit Hiroshima’s Peace Memorial Park , and here was the political and commercial heart of the city. That is why it was chosen as the pilot’s target for the atomic bombing. In the park we see the A-Bomb Dome , one of the few buildings that remained after the bombing. We also have time to visit the Peace Memorial Museum, which tells the story of Hiroshima and the origin of the atomic bomb. In the afternoon we arrive at Miyajima , a small island known for its giant torii port. It is a romantic and historic island where the World Heritage Site of Itsukushima Temple is located. Overnight in Hiroshima. (Breakfast and lunch)

Day 4: Hiroshima – Osaka
We take the Shinkansen to Osaka, Japan’s second largest city after Tokyo. After arriving in Osaka, we visit Osaka Castle , which was built between 1583 and 1585 by the warlord Toyotomi Hideyoshi who ruled Japan at that time. Today’s Osaka Castle is today a popular tourist attraction and a striking historical landmark. We continue our journey to Dotonbori, an entertainment district in Osaka, known for its gleaming neon lights, extravagant signs and the huge range of restaurants and bars. Overnight in Osaka. (Breakfast)

Day 5: Osaka-Nara-Kyoto
We take a bus to Nara , Japan’s first capital, and here we visit Todaiji , one of Japan’s most famous and historically significant temples. Then we go to Kyoto , which served as the capital of Japan from 794 to 1868. We visit Nijojo , a castle built in 1603 as a residence for Tokugawa Ieyasu, the first shogun during the Edo period (1603-1867). We continue to Fushimi Inari Taisha, known for its thousands of vermilion torii gates, which stretch along paths behind its main buildings. Overnight in Kyoto. (Breakfast)

Day 6: Kyoto
Today we first visit Ryoanji , one of Kyoto’s most famous attractions. Ryoanji’s popularity has grown more and more, especially after 1975 when Queen Elizabeth II visited Ryoanji. With the growing popularity of zen (a brooch of Buddhism), the temple was named a UNESCO World Heritage Site in 1994. From Ryoanji we come to Arashiyama , a pleasant district on the western outskirts of Kyoto, which was a popular destination for the better off in the past. After walking through Bamboo Grovesand made a short stop at Tenryuji Temple, we arrive at Togetsukyo Bridge, the wooden bridge that stretches across the Katsura River in front of Mount Arashiyama, with stunning views. In the afternoon we continue our journey to Kiyomizudera (Temple of Pure Water), one of the most famous temples in Japan. Kiyomizudera is best known for its wooden deck which gives visitors a nice view of cherry and maple trees as well as in the distance the city of Kyoto. Then we come to Gion , Kyoto’s most famous geisha district. Overnight in Kyoto. (Breakfast)

Day 7: Kyoto – Tokyo
After breakfast we take the Shinkansen to Tokyo , the capital of Japan. After arriving in Tokyo, we will stop at the Imperial Palace(outside). The current imperial palace is located on the former site of Edo Castle, which used to be the seat of the Tokugawa shogun who ruled Japan from 1603 to 1867. In 1868, the shogunate disappeared and the country’s capital and imperial residence were moved from Kyoto to Tokyo. Overnight in Tokyo. (Breakfast)

Day 8: Asakusa, Meiji jingu, Harajuku and Shibuya
During days 8 and 9 we walk and travel with Tokyo’s excellent public transport and get an insight into Tokyo everyday life

After breakfast we head to the Asakusa district and the Sensoji temple, Tokyo’s perhaps most famous Buddhist temple. In ancient Japan, marketplaces sprang up adjacent to major temples as visiting pilgrims wanted to sample local delicacies and buy something to take home to loved ones. Even today, many of the larger temples in Japan are home to a lively commerce. We then visit Meiji jingu , a shrine erected in memory of Emperor Meiji (1852 – 1912) and his wife Empress Shoken (1869-1912). In Japan, Emperor Meiji is associated with the modernization process that began in the latter half of the 19th century. We then head to the nearby Harajuku district which has become something of a center for youth culture and fashion and then go to the Shibuya districtwhich, among other things, is known for its enormous pedestrian crossing in front of the station building. When it turns green, the pedestrian crossing is filled with streams of crossing crowds from all directions. Overnight in Tokyo. (Breakfast and lunch.)

Day 9: Akihabara, Ueno and Shinjuku
We head to the Akihabara Electronics District which offers a wide range of electronics and tax-free goods. Akihabara has also become something of a heaven for so-called otaku. An otaku is a person who has an extreme interest in, for example, manga (Japanese comics), anime (animated film) or computer games. We walk from here to the Ueno districtalong the market street Ameyoko dori which offers everything from clothes to dried fish. After lunch in Ueno, there is time to discover the district on your own. After meeting again we go to Shinjuku . Here we visit Tokyo’s City Hall (Tokyo Metropolitan Government). From the skyscraper you get a magnificent view of the megametropolis Tokyo. We go on a city walk in Shinjuku and pass one of the world’s busiest stations – Shinjuku station. Every day, more than 3.5 million people pass this traffic hub. During rush hour, you can see a never-ending stream of commuters on their way to or from work. Shinjuku with its tall buildings, huge TV screens and neon signs is an amazing sight! Overnight in Tokyo. (Breakfast)

Day 10: Tokyo
All day to own walks . Feel free to ask the tour guide for excursion or shopping tips. In the evening transfer to the airport and flight to the boarding place. Meals are included on board. (Breakfast) 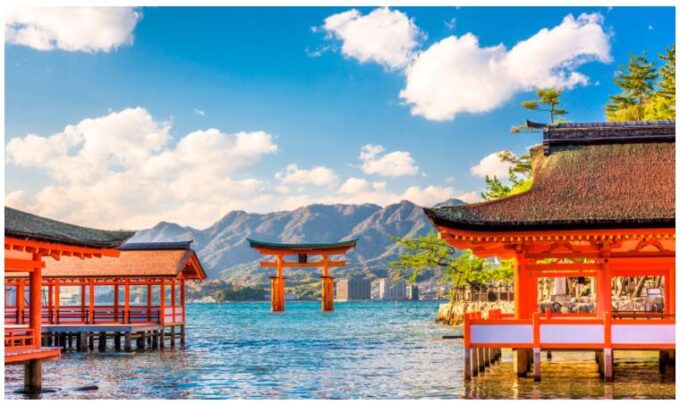