Estonia. The spring victory after Estonia’s win in the Eurovision Song Contest brought with it a more positive outlook on European cooperation. In a few weeks, Opinion support for Estonian membership in the EU increased from 35 to 44%.

A group of Estonian sociologists in the spring warned of a divided society. According to sociologists, two out of three Estonian children live in poverty. Actual unemployment was estimated at almost 15% during the summer.

On June 14, 60 years earlier, the deportation was commemorated by just over 10,000 esters, most to Siberia. On August 21, the 10th anniversary of Estonia’s independence from the Soviet Union was celebrated.

In the late summer came a series of bad news. Drug-related crime was found to have tripled in three years, and the spread of HIV increased dramatically among drug addicts. Estonian police had to face harsh criticism for poor discipline following a series of accidents caused by ruthless police officers. In Paldiski on the Baltic Sea coast, several soldiers were dismissed from training for peacekeeping operations, since they mistreated Russian-speaking local residents.

In September, Pärnu County was hit by a major tragedy. About 60 people died after drinking homemade vodka mixed with wood liquor. Over 40% of all alcohol in Estonia is estimated to be illegally produced or smuggled into the country. President Lennart Meri was criticized for stating that those who bought home remedies were to blame themselves. He also described extensive alcohol consumption as a legacy of the Soviet era. Opposition leader Edgar Savisaar instead accused the bourgeois government of pursuing a market-liberal policy that heightens social problems.

Parliament failed in August to elect Lennart Meri’s successor as president. None of the nominated candidates got the necessary majority. A special electoral college took over and in September elected former Communist leader Arnold Rüütel, who led Estonia to independence from the Soviet Union. Rüütel defeated the government’s candidate, Parliament Speaker Toomas Savi by 161 votes to 155. In October, Rüütel was installed for his five-year term as head of state. He stated that he will work for Estonia to become a member of the EU and NATO.

The year ended in a government crisis, after the three coalition parties had split in local politics in Tallinn. There, the Fatherland and the Moderates were abandoned by the Reform Party, which chose to support opposition leader Edgar Savisaar as the new mayor of the capital. Prime Minister Mart Laar, the Fatherland, therefore declared that the government would resign after the New Year.

Estonia, along with Latvia and Lithuania, is imposing sanctions on President Lukashenko and 29 other officials in neighboring Belarus, linked to cheating in the country’s presidential election on 9 August. Other EU countries are also planning sanctions such as travel bans and asset freezes, but they have not yet agreed on which Belarusian people will be covered. 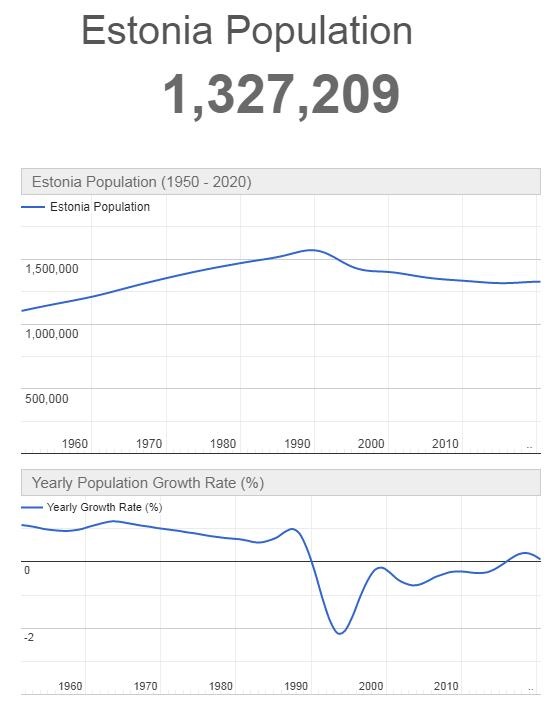