El Salvador. At just one month’s intervals, El Salvador was hit by two earthquakes at the beginning of the year, which claimed a total of 1,000 casualties, injured 5,500, and destroyed 300,000 homes. Most of the deaths were caused by landslides in the wake of the earthquake, especially in the city of Santa Tecla.

The social and economic consequences became very extensive. One-sixth of El Salvador’s population became homeless and the proportion of poor people increased dramatically. The total value of the material destruction was estimated at $ 1.6 billion, equivalent to half the state budget or 13% of El Salvador’s GDP. The coffee sector was particularly hard hit; the harvest was expected to be 35% less than normal. The economic and social improvements over the past three years have in practice been undone. The drastic consequences of the earthquakes are explained by the combined effects of a wide range of natural disasters that have hit all of Central America in a relatively short time since Hurricane Mitch’s ravages in 1998.

Over the course of the year, another natural disaster has gradually developed; During the otherwise rainy period May-July, large parts of Central America suffered severe drought. In El Salvador, 35,000 families were in need of international aid, and the price of corn, one of El Salvador’s most important staple foods, increased by 60%.

Former Salvadoran colonel Inocente Montano has been sentenced to 133 years in prison by a Madrid court for his involvement in the notorious assassination of six Jesuit priests and two others in 1989 (see May 2012). Five of the priests were Spaniards. A man suspected of committing the murders is a witness at the trial. Montano, now 77, was also a deputy minister during the civil war and is suspected of being part of a far-right group that opposed peace talks with the left-wing guerrilla group FMLN. Montano was extradited to Spain in 2017 from the United States, where he moved in 2002 and where he was sentenced to prison for migration crimes and perjury. El Salvador has refused to extradite other suspected officers in the case to Spain.

The government is being investigated for gang negotiations

Information that government representatives have secretly negotiated with the leader of the dominant criminal gang Mara Salvatrucha, or MS-13, has caused great consternation and prosecutors are now initiating an investigation. Several prison cells are also being searched, since the online newspaper El Faro reported that the government in 2019 offered gang leaders better conditions in prison against guarantees that the number of murders would decrease. According to El Faro, one purpose was also to secure MS-13 support for President Nayib Bukele’s party New Ideas, ahead of the 2021 parliamentary elections. 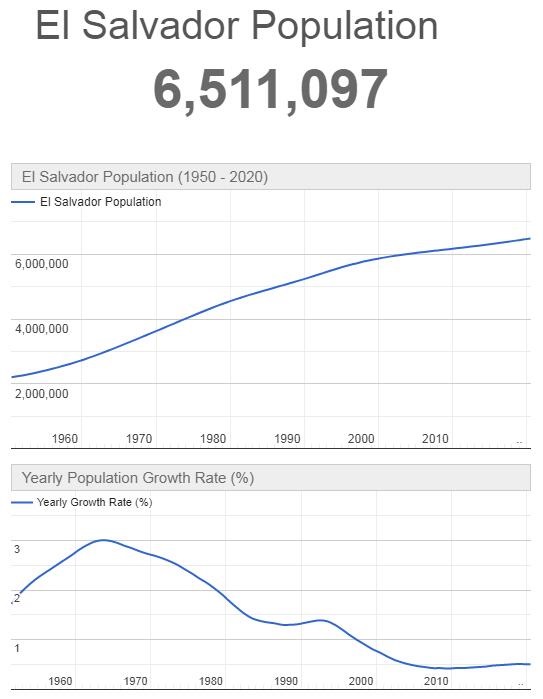 The El Salvador was upset for twelve years by a bloody civil war that saw the guerrilla groups of the Frente Farabundo Martí para la Liberación Nacional (FMLN) opposed to the armed and paramilitary forces of the conservative regime dominated, starting from the 1988 legislative elections, by the party on the far right Alianza Republicana Nacionalista (ARENA). At the end of the civil war, officially sanctioned in December 1992, followed the difficult years of reconstruction activated according to the prescribed terms, in January 1992, from the peace agreements of Chapultepec (castle near Mexico City) which provided for the restructuring of the armed forces and the implementation, under the observation of a specific UN mission (ONUSAL), of institutional and economic-social reforms.

In the first general consultations held after the end of the conflict (March 1994), ARENA kept its 39 seats (out of 84) in the National Assembly, making it the first party in the capital, and also won the simultaneous municipal elections. The FMLN qualified as the main opposition party (21 seats) by overshadowing its allies (Convergencia Democrática, CD, and Movimiento Nacional Revolucionario, MNR, one seat each) while the Partido Demócrata Cristiano (PDC) dropped to 18 and the Partido de Conciliación Nacional (PCN) to 4. The ARENA candidate, A. Calderón Sol, won the presidency of the Republic in the second round and confirmed the line of his predecessor A. Cristiani.

Calderón had to make a governance pact in May 1995 with a new center-left formation, the Partido Demócrata (PD), formed in March by two dissident factions of the FMNL, Resistencia Nacional (RN) and Expresión Renovadora del Pueblo (ERP), together with the MNR and dissidents from the PDC. The pact, after having made possible the approval of the opposed law on the increase of the value added tax to 13 %, was dissolved in June 1996 following the disagreements that arose over the social protection policy and the school reform. At the same time, the initial favor met by Calderón’s neoliberal politics was waning. The rigorous economic plan1995 – 96, supported by the IMF, and implemented despite the opposition of several sectors, aroused in fact a strong social discontent, which was expressed in the capital with repeated demonstrations and symbolic occupations. The judicial action (concluded in October 1996) for the murder of F. Manzanares Mojaraz, a member of the FMNL, also confirmed the suspected presence of ‘social purification squads’ within the police forces, repeatedly accused of murders or political attacks. The deadlines for the implementation of the peace plan were therefore extended until July 1997, the date of departure of the last UN verification mission.

The situation of public order remained particularly serious in recent years due to the increase in common crime. Calderón’s ‘anti-delinquency crusade’, which provided for the establishment of joint armed forces and police patrols, the constitutional amendment (Article 27) to extend the death penalty to those responsible for kidnapping and rape, together with the program of exchange of arms for vouchers, failed to avoid the disastrous results of the political elections of March 1997. ARENA lost 11 seats, surpassing the FMLN (27 seats) by just one deputy, which also managed to prevail in municipal elections (in the main cities and in the capital San Salvador, where it obtained 7 out of16 seats and the office of statutory auditor).

Without a majority, the ARENA found itself ruling with traditionally hostile parties such as the NCP and the PDC. He had to withdraw the motion on the reintroduction of the death penalty and succeeded, with difficulty, in passing the first privatization of a public company (Administración Nacional de Telecomunicaciones, ANTEL) in July 1997. Torn within by corruption allegations, ARENA tried to regain credibility by electing the former president Cristiani to head the party (October 1997). The election in the first round (52 % of the votes) of F. Flores, candidate of the ARENA, in the presidential elections of March 1999 it seemed to raise the party’s fortunes. The victory, however, was diminished by the results of the legislative elections of March 2000 in which the ARENA won 29 seats against the 31 of the FMLN. The former guerrillas also reported considerable success in the contemporary administrative elections.