Cuba. Many expected the new US President George W. Bush to implement the 1996 Helms-Burton Act, but he followed his predecessor Bill Clinton’s line and pushed the implementation up in August. The law allows American citizens to sue companies investing in Cuba and exploit installations and property confiscated by the Cuban state in connection with the 1959 revolution, which forms the basis of the US trade embargo against Cuba.

The EU, for its part, opened an enhanced dialogue with Cuba in August when the Foreign Minister of the then EU Presidency of Belgium, Louis Michel, visited the country. The EU opposes US policy but at the same time demands increased democracy and respect for human rights in Cuba.

Admittedly, during the year, Bush did not show any signs of deviations from old Washington policy – for example, he named the acknowledged uncompromising Castro opponent and Cuban American Otto Reich as head of the Department of Foreign Affairs’ Latin America department – but the trade embargo seems to be increasingly linked with Fidel Castro as a person. In April, Foreign Minister Colin Powell described him as “anachronism”, while acknowledging that “Castro has done some good things”.

An exception to the embargo was observed as Cuba was hit by Hurricane Michelle on November 4, and an agreement was signed between the Cuban state and three US aid broadcasting companies. The hurricane hit the Matanzas province worst, knocked out the electricity supply and caused more than half a million people to be evacuated.

1975 The revolution is institutionalized

The revolution began to be institutionalized following the implementation of the PCC’s first congress in 1975, which adopted a referendum on a new constitution in 1976 and subsequent elections to the proxy bodies at the municipal, provincial and national levels. In 1979, Castro and the PCC leadership supported the implementation of a “Revolutionary Claims” campaign to redress disparities in this process.

During 1979, relations with the United States deteriorated and in mid-1980, Cuba opened the gates for anyone wishing to depart in the direction of the United States. 120,000 took the opportunity to sail the 100km across the Florida Strait to Miami. The reason was that the United States had by all means encouraged Cubans to leave the country illegally, while at the same time those who legally applied for entry permit were slowed down or rejected. Following the mass migration, the United States and Cuba entered into an agreement under which the United States pledged to host 25,000 Cubans annually. However, the superpower subsequently failed to fulfill the agreement.

During the 1982 war between Argentina and the United Kingdom over the Malvinas Islands (Falklands), relations between Cuba and the other Latin American countries were greatly improved. Except for Chile, they all stood on Argentina’s side, while the United States stood on Britain’s side. Another factor that contributed to closer relations was the conduct of several international meetings in Habana in 1985 on the external debt.

Nationally, efforts were made to develop a policy that would provide greater economic independence, reduce dependence on external conditions and debt to the Comecon countries. At the same time, efforts were closely linked to the rise of the US military threat during Ronald Reagan’s second term. The economy, by its very nature, played a key role in the face of increased spending on the country’s defense. Imports of ‘essential’ goods had to be financed through exports.

15% of Cuba’s imports came from capitalist countries and had to be paid in hard currency. At the same time, debt to non-socialist countries and private banks reached $ 3 billion. Therefore, concrete steps were taken to save the oil and to produce more and better export goods as well as goods that could replace imported goods. As the financial problems increased, the leadership of the PCC and the government began to take a series of drastic steps, including entailed the replacement of many leaders. At the same time, a religious affairs office was set up to strengthen ties to the church, and state control over the mass media was made more flexible. 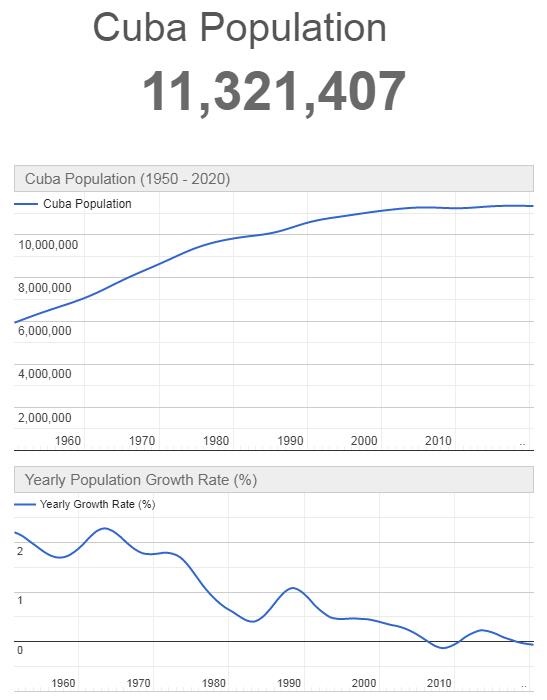