China. After many years of setbacks, China was able to reap two coveted successes: entry into the World Trade Organization and the honor of organizing Olympic Games. The capital city of Beijing quickly won when the IOC in July determined the place for the 2008 Summer Olympics. The message was received with cheering in China, and also the arch rival Taiwan congratulated. But the IOC was also criticized for ignoring China’s way of managing human rights. Four months later, at its meeting in Qatar, the WTO unanimously decided to adopt China as a member after 15 years of negotiations. At the same time, domestic media warned against the exclusion of Chinese companies and increased unemployment when the country’s billion market is to be opened to foreign competition in accordance with international rules.

In March, the National People’s Congress gave green light to China’s continued economic transformation and the government’s five-year plan for 2001-06. However, the left within the 80-year Communist Party was opposed when the party chairman, President Jiang Zemin, suggested that entrepreneurs should also become members. Schism was seen as a power struggle ahead of the impending change of leadership when both Jiang, Prime Minister Zhu Rongji and People’s Congress Chairman Li Peng soon resign.

Foreign policy was China in April in an open dispute with the United States since a Chinese fighter plane collided with a US reconnaissance plan in international airspace over the South China Sea. The fighter pilot was killed, but the US plane was able to land on Hainan Island in southern China. The crew was arrested while the Chinese military, despite US protests, examined the spy plane’s top secret equipment. Only since Washington “regretted” the event were the 24 Americans allowed to go home, and in July the United States was able to retrieve its dismantled plan.

Relations between the two countries were also shattered by a large US arms sale to Taiwan in April and by several cases where US-affiliated academics were arrested and accused of spying for Taiwan. Two of them, Chinese nationals with residence permits in the United States, were sentenced in July to ten years in prison, but were immediately released – just days before US Secretary of State Colin Powell’s visit to China. The visit mitigated the irritation, and in October, President Jiang proudly received President George W. Bush at the APEC Pacific Summit in Shanghai.

Following the terrorist attacks against the United States on September 11, China gave his support in the fight against terrorism but emphasized that the UN must play a central role there. In February, China ratified the United Nations Convention on Economic, Social and Cultural Rights, however, subject to residents’ right to freely form trade unions. Amnesty International welcomed the ratification but regretted the union reservation. China’s only legal country organization, ACFTU, is entirely governed by the Communist Party.

China’s hard grip on the Falun Gong movement, illegal since 1999, continued. In January, five people caught fire in central Beijing – a suicide protest that China blamed on Falun Gong but which the movement refused. Two of the five died. Four people, accused of staging the protest, were sentenced to lengthy prison terms in August for murder.

Falun Gong’s New York Information Center said at the end of the year that at least 320 followers had died in police custody. Tens of thousands of others were reported to have been jailed or sent to labor camps. In November, 35 foreign Falun Gong followers, including eight Swedes, were arrested in Tiananmen Square during a demonstration. They were expelled shortly thereafter.

As before, China’s diligent use of the death penalty aroused the criticism of the world. According to Amnesty International, China executed at least 1,800 prisoners annually in the 1990s – more than in the rest of the world in total. In 2001, the executions were said to have become even more since President Jiang announced a new, third anti-crime campaign in April under the slogan “hit hard”.

But all those republics had to be abandoned in 1934 when Chiang launched his decisive offensive. It was the beginning of a long march against the poor and remote Yenan province. This was one of the most heroic events in the history of the Communist Party. The march took a year, and of the 130,000 who left Kiangsi, only 30,000 arrived in Yenan, where communist leader Kao Kang had set up a guerrilla base. In 1935, Mao was elected chairman of the party. A position he retained until his death 40 years later.

The influence of the Communists had fallen to a minimum. But there were two factors that reversed the trend. During the long march, the communist army had made extensive contact with the peasant masses and, unlike Chiang’s army, impressed with its discipline and its honor. In Yenan, the Communists were given the opportunity to test their political, social and economic model and to build a lasting administration. Yenan was poor. A great deal of equality was needed. The soldiers did not have to fight alone. They had to make their own food and supplies. Furthermore, extensive ideological training took place. The political and administrative apparatus built in Yenan was to become the core of community building after the victory in 1949 was won.

Chiang led the fight against Japan without energy, because he still considered the Communists the main enemy. It was therefore the Communists who infiltrated behind the Japanese lines and organized the guerrillas. Many of the largest landlords had fled to the area Chiang controlled when the Japanese moved forward. In the areas liberated by the communists, they implemented reforms and therefore increased their support among the peasants. With their reform program, the Communists had become the catalyst for the permanent discontent in the villages. A community was built between the communists and the peasants.

Because of their efforts in the war against Japan, the Communists became leaders of the nationalist wave that had characterized China as early as the mid-1800s. For the Communists, Japan was the main enemy, and the party was willing to cooperate with the reactionary Chiang to strengthen the fight against Japan. At this point there is a marked difference to the Russian revolution. For Lenin it was about overthrowing Zarism and making peace with Germany. It was not possible to enter into an alliance with the Czar to win over Germany.

The Communists thus took the lead in both the social-revolutionary movement and the nationalist movement. Despite Chiang having a larger army and better weapons and also receiving significant support from the United States, he and the social classes he represented represented a complete defeat in 1949. The Chinese People’s Republic was established on October 1, 1949. The remains of Kuomintang with Chiang in the tip sought refuge on the Chinese island of Taiwan. With support from the United States, Chiang proclaimed the establishment of China’s legitimate government and began to make plans for the “recapture” of mainland China. But it was pure air castles.

After several generations of decay, chaos and civil war, China was once again brought together under one leadership that aimed to create a new China – a socialist China. 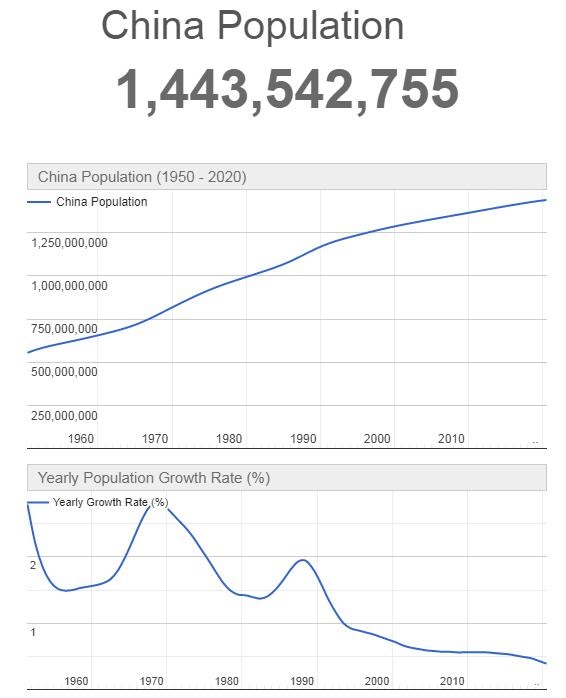