Bulgaria. Bulgaria’s ex-Simeon II, who had been forced into exile in 1946, applied for the presidential election in the fall of 2001. When the application was rejected, he formed a political party, the Simeon II National Movement (NMS), which was allowed to take part in the parliamentary elections in June. In his election campaign, Simeon promised to address the corruption and poverty of a nation with close to 20% unemployment. Many Bulgarians saw the king as a national savior and his newly formed NMS won close to 43% of the vote and exactly half of the 240 seats in parliament. The bourgeois government party Democratic Forces Union, SDS, made a big loss and stayed at just over 18%.

The 64-year-old ex-wife formed a coalition government in July between the NMS and the Turkish People’s Minority Party, the Movement for Rights and Freedoms, DPS, which won 21 seats in the elections. It was the first time DPS was allowed to participate in the country’s government. The Turkish minority constitutes about 10% of the population. The new Prime Minister now went by the name of Simeon Sakskoburggotski, referring to his origins in the Saxon-Coburg-Gotha princes. His government said it wanted to fight corruption, raise the minimum wage, accelerate the privatization of state-owned enterprises and contribute to economic growth, including through tax relief.

In the November presidential election, the new head of government and his party supported incumbent President Petar Stojanov, while the DPS coalition partner backed Georgi Parvanov, leader of the Socialist Party, ie. the former communists. The election went against the government and it was the 44-year-old Parvanov who won. In the second round he got 53.3% of the vote against 46.7 for Stojanov.

In connection with this summer’s election, a parliamentary commission revealed that over a hundred former agents of the former communist regime’s security police served within the government and its administration after the fall of communism. Among these were three former ministers.

Parliament decided during the year to open Bulgaria’s territory to NATO troops in the event of a crisis in the region. Bulgaria hopes for membership in NATO, preferably already in 2002. Bulgaria had also hoped for membership in the EU until 2004, but at a summit in December, the EU declared that the country will not be ready for this.

The climate on the Black Sea coast shows a Mediterranean profile, but the wind mostly blows from the Black Sea over the land from the east. As a result, the summers are less warm than in the subtropics and the very rainy winters are milder. From May to September the temperature usually rises above 20 ° C every day. In the coldest month, January, it rarely falls below freezing point. 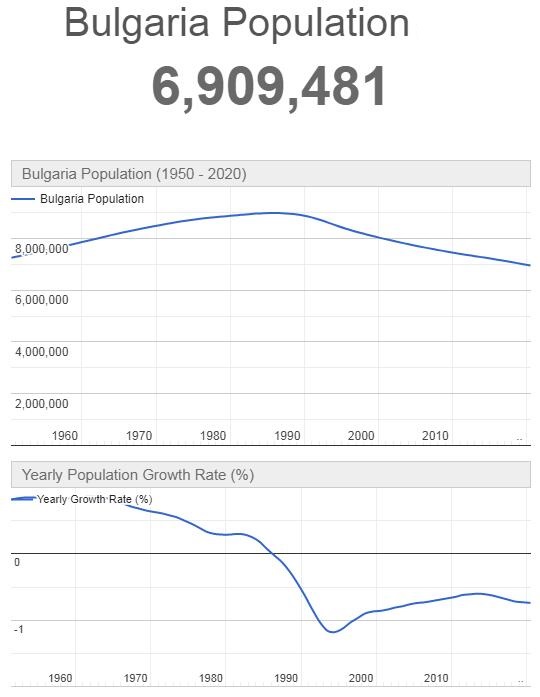