Instead, the Presidency appointed the SDP leader and Foreign Minister Zlatko Lagumdzija as new chairman of the Council of Ministers. The law was then adopted in August. But nationalist groups continued to hamper post-war integration and democratization.

In March, Croatians led by the nationalist party HDZ initiated a boycott of the government and stated that they intended to create an autonomous power structure in the Croatian parts. As a result, Wolfgang Petritsch dismissed HDZ leader Ante Jelavić as Croatian representative in the presidency of the international community, replacing him with an SDP representative.

In April, violence broke out by UN police and international SFOR soldiers raided a bank in Mostar, which the separatists suspected of using money laundering.

In the Republic of Srpska, in the beginning of May, Serbian gangs violently resisted plans for reconstruction of two mosques. Muslim leaders and foreign dignitaries gathered in Banja Luka to attend a construction start were forced to seek shelter from stone throwing. In June, however, the cornerstone of a new mosque in Banja Luka could be laid.

The legal aftermath of the civil war continued in the UN War Criminal Tribunal in The Hague, where several notable cases occurred during the year. Biljana Plavšić, former president of the Republika Srpska, voluntarily surrendered to the General Court, prosecuted for, among other things. genocide and crimes against humanity. In February, three former Serbian commanders were convicted of rape and enslavement of Muslim women, to between 12 and 28 years in prison. The case was considered to be a breakthrough as it was the first time that the criminal classification was only applicable to those crimes.

In August, the Hague Tribunal sentenced Serbian General Radislav Krstić to 46 years in prison for genocide. He had been prosecuted for the massacre in Srebrenica, when more than 7,000 Muslims were killed. 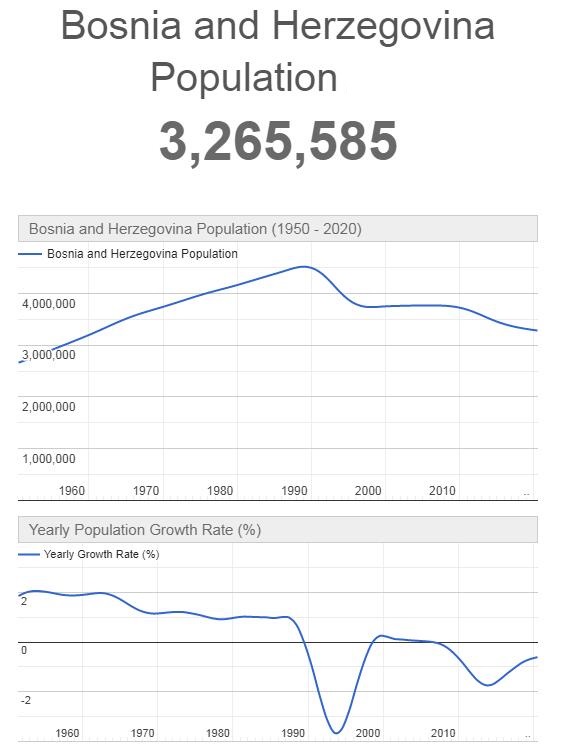