Best Travel Time and Climate for the Cook Islands

The Cook Islands have their own pleasant, calm rhythm and their appeal extends far beyond white sandy beaches, rainforests and the turquoise blue sea. Instead of international hotel chains, the residents have preserved their traditions. If you want, you can explore the mountainous interior of the main island of Rarotonga and relax on the beaches. Anyone who dares to go to the Aitutaki Atoll will find themselves in a dreamlike turquoise lagoon, which is perfect for snorkeling, diving and lazing around.

The little-noticed Cook Islands have far fewer visitors than Fiji and French Polynesia and are therefore all the better. Even the main island of Rarotonga is so impressive that very few holidaymakers dare to venture further, but the tiny atoll Aitutaki is even more beautiful and takes your breath away.

According to SOFTWARELEVERAGE, the two islands of Rarotonga and Aitutaki, which are about as far south of the equator as Hawaii is north of it, enjoy a tropical climate. Even in the summer months of January and February, the temperatures on Rarotonga are on average only a pleasant 29 ° C, but it can result in hot, humid and sticky summer days. The climate in winter (June to August) is much more pleasant, then the average temperatures drop to around 25 ° C and the nights cool down a bit. It is therefore a good idea to bring a light sweater or jacket for the evenings in the winter months.

Cyclones (hurricanes) occur from December to April and it is the rainy season . There is always the possibility that a cyclone hits the islands during these months, mostly there are only short, strong downpours, which are then followed by sunshine. The rain and clouds tend to stick to the mountain peaks on Rarotonga, even during the dry season (June to August) .

There is not a bad time to travel to the Cook Islands. The European summer from May to September is the ideal travel time for the Cook Islands . The transition months of April / May and September / October also offer good conditions and a very good combination of sun and warmth. Only the rainy season can get a bit wet. If you have no problem with that, you will find good offers during this time.

In mid-summer in the Cook Islands, these two months are not only the hottest but also the most prone to heavy rainfall, although days with prolonged heavy rain are rare. There is also a (low) risk of cyclones.

The rainy season in the Cook Islands ends in March. From April the climate calms down and it becomes pleasantly warm on the islands. The humidity is largely determined by occasional short showers or the sea breeze.

In May and June the temperature on the Cook Islands continues to rise and more and more tourists come from all over the world (but especially from the southern hemisphere) who spend their holidays here. The best time for whale watching starts in mid-June and lasts until October. During these times of the year, humpback whales can be seen from the shores of the west coast of Rarotonga.

The months of July and August mark the middle of winter in the Cook Islands. Temperatures are warm during the day, while the nights can be cool. This is the time of year when it is busiest in the Cook Islands as Australians and New Zealanders flock to the islands in droves during the winter holidays.

In September the weather is still warm, but by November the air will become more humid and humid again. It is still possible to watch whales until mid-October, but we recommend avoiding the last week of September, as many New Zealanders spend their spring break in the Cook Islands.

In December the thermometer continues to rise, it rains more often and in general the chance of bad weather and storms is significantly increased.

At night it gets coldest with 18 ° C in July and August. The thermometer rarely falls below 23 ° C in January, February and March. While the nights in summer are averages of a warm 19 ° C, the thermometer drops to a pleasantly warm 22 ° C between November and March. At night, the temperature averages a pleasant 20.8 ° C throughout the year.

English is spoken and understood almost everywhere, but the local language is Rarotongan, a Polynesian language similar to New Zealand Maori and Marquesan (the most widely spoken language in French Polynesia). There are some dialect differences between the islands and some of the northern islands have their own language entirely.

Kindness and respect are the most cherished values ​​in the Cook Islands. A smile and a greeting often work wonders when it comes to talking to the extremely hospitable locals.

Tropical fruits such as bananas, star fruit, mangoes, avocado and guavas as well as cheap fish can be found in the local markets. In recent years more and more restaurants have opened and you can find freshly caught South Sea fish everywhere. Island evenings and barbecues are regularly offered in the hotel complexes, where you can try regional dishes.

In the past, kava was the main drink in the Cook Islands. Kava is offered at welcoming ceremonies in the villages. If you enjoy being greeted this way, don’t turn it down! Another regional drink is tumunu, a brew made from fermented oranges.

Most of the Cook Islands use the New Zealand dollar, but occasionally you get your change in Cook Islands dollars. While the local currency is of the same value, you will need to spend all of the currency before you leave as there is nowhere else in the world for money to be exchanged.

Tips are not common in the Cook Islands and it is frowned upon to haggle over prices. 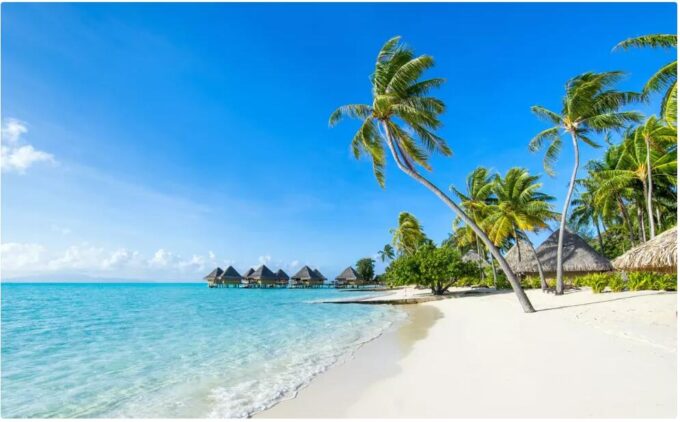