Best Travel Time and Climate for Saint Kitts and Nevis

The best time to travel to St. Kitts and Nevis is in May and June, when hotels lower prices to attract travelers and winter vacationers decrease. But in the high season – from December to April – the carnival takes place, a celebration that is worth meandering through the crowds of tourists. The masses decrease again significantly in the summer months when the Atlantic hurricane season begins on the islands. Keep in mind that St. Kitts and Nevis temperatures average around 27 ° C all year round.

The main season in St. Kitts and Nevis is from December to early April, when hotel prices skyrocket. Even if you want to take on the masses of tourists, you should always book at least four months in advance. And at least six months in advance if you’re planning your trip to the winter Carnival.

May and June is the most comfortable time between the high season and the hurricane season. Rainfall is still fairly infrequent and most hotels are offering cheaper deals due to the upcoming low season when many properties close. Therefore, this is the best time to visit St. Kitts and Nevis .

From July to September you can find very affordable prices. However, this is because some hotels close seasonally at this time of year. This is also the rainiest time, St. Kitts and Nevis experience the Atlantic hurricane season . Therefore, always keep an eye on the local weather report during this time.

At night it gets coldest at 24 ° C. While the nights in summer are averages of a very warm 26 ° C, the thermometer drops to a pleasantly warm 24 ° C between November and March. The temperature at night is an average of 25.1 ° C throughout the year. 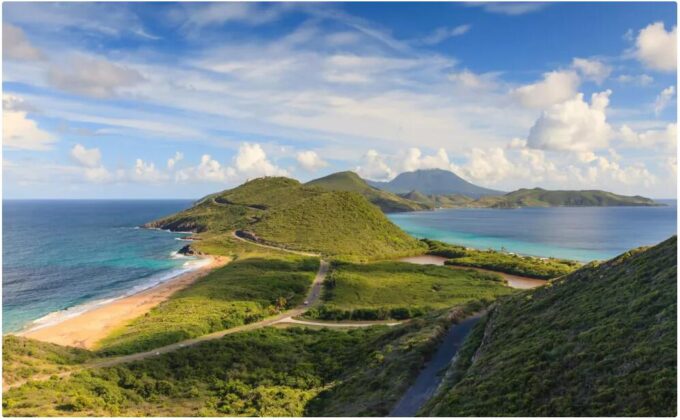