Australia. The state elections held during the year meant success for the Labor Party. In Western Australia in February, Labour’s success led to a regime change. The Liberal Party made a bad choice and lost votes to the xenophobic One Nation. In the Queensland election a few weeks later, the ruling Labor went ahead by over 10%. In the Northern Territory, Labor won the August election for the first time ever.

In June, there were press reports that gravely disabled Britons were deliberately exposed to radioactive radiation during the UK’s nuclear test in Australia. 1952-57. It was also alleged that a commission that investigated the issue in 1985 had omitted the names of Aborigines who had been exposed to radioactivity in connection with the tests.

Ahead of the November federal election, there was a lot of loss in the bourgeois coalition government. But the hard line that Prime Minister John Howard took in refugee policy led to increased support for his party, the Liberal Party. This restrictive policy attracted considerable attention when a Norwegian freighter, MV Tampa, who in August rescued refugees on a sinking boat was not allowed to enter the Australian port. On board there were over 400 refugees, mainly Afghan. The Australian Government’s actions have attracted strong criticism both domestically and internationally. After several weeks, the refugees were welcomed by Nauru and Papua New Guinea. Since then, Australia – in exchange for increased aid – has set up refugee camps in several poor island states in the region to allow asylum seekers to have their cases examined there.

In September, the federal parliament passed new and tougher asylum laws, including the definition of who should be considered a refugee was sharpened and the right to appeal asylum refusal was restricted. At the same time, a minimum sentence of five years for human smuggling was introduced. However, the number of boat refugees trying to get to Australia increased.

Prime Minister Howard’s strong support for the United States in its war on international terrorism also had support in public opinion. The Australian government decided to send 1,550 soldiers and military equipment to Afghanistan.

In the elections, the Liberals and its coalition partner National Party went up by almost 2% and received 80 of the 150 seats in the House of Representatives. Labor received 68 seats and Kim Beazley resigned as party leader. In the election to the Senate, however, the left went ahead.

Violent protests erupted in December in an inaccessible detention camp for asylum seekers in a desert area in Woomera, South Australia. Several buildings are on fire. A number of protest actions have been carried out in various camps during both 2000 and 2001. People can be detained in the camps for up to five years pending their application for asylum to be tried. The detention camps have been severely criticized by various human rights organizations.

Severe forest fires caught fire during the Christmas holiday in New South Wales and approached Sydney. The situation was made worse by harsh winds and dry weather. Many of the fires were said to have been set on fire.

In October 2013, Austria was hit by the worst forest fires in many years. Over 100,000 acres burned down in New South Wales. The fires in the country had gradually become more extensive over the previous 10 years. The country’s meteorologists and climate scientists have found a clear link with global climate change. However, the country’s liberal-conservative government denies that there should be any connection.

In August, the country joined the United States’ new attack war against Iraq and Syria and then participated daily in anti-target bombings in the two countries. As the only other country, Australia, on December 31, 2014, agreed with the United States against setting a timeframe for the return of the Israeli-occupied territories to Palestine. Britain and France voted blankly. Australia’s vote cast fierce criticism in the Arab world, which found that the country was not contributing to peace in the Middle East but only by violence.

In October, Amnesty International sharply criticized Australia for its inhumane refugee policy. Refugees are kept in remote islands at refugee centers under inhumane conditions, contrary to, among other things. The torture convention and returned to their home countries. A 2011 study found that 20 Afghan nationals Australia had sent back to Afghanistan had been killed. Amnesty further criticized an agreement Australia had made in September with Cambodia to send unwanted refugees there. In September 2013, Australia signed a similar agreement with Papua New Guinea on the export of asylum seekers.

Australia has a chronic problem of unemployment among recent graduates and the problem is getting worse. The worst was the case for psychologists, with 48% of graduates in 2014 being full or part-time unemployed. An increase of 11.6% compared to 2011. The biggest deterioration was for mechanical engineers. Here, 29% of newly graduated unemployed were in 2014. An increase of 16.1% compared to 3 years earlier.

The country continued its program of rejecting asylum seekers and off-shoring refugees. In December 2014, 2,040 asylum seekers sat in Australian refugee centers in Papua and Nauru. This includes 155 children.

The Liberal government implemented major cuts in the public sector and similarly lowered taxes for the country’s wealthiest and businesses. The growing economic problems for the population and the dismantling of the welfare state helped the Abbott government’s popularity plummet throughout 2014 and 15.

After prolonged bad polls for incumbent Prime Minister Abbott, in September 2015, this was challenged by another member of his party, Malcolm Turnbull. Turnbull won the internal vote in the party over Abbott among its MPs by 10 votes, taking over the day after the post of prime minister. He lies to the left of the former prime minister in the issues of same-sex marriage, global warming and the country’s relationship with the British Queen. At the beginning of December, the Queen’s regulation changed so that she could no longer designate Australians as “knights” and “ladies”.

Impressed by the giant refugee disaster of the West (including Australia) and its allies’ war in Syria, Australia decided in September to accept 12,000 Syrian refugees. The first arrived in the country in November.

In April 2016, the Papua New Guinea Supreme Court issued a ruling that the Australian-run refugee concentration camp on Manus Island was illegal and should be closed. However, the ruling did not include a deadline and neither of the two countries’ governments had responded by the end of the year.

In August 2016, the United Nations High Commissioner for Refugees and a number of international human rights organizations condemned Australia for its treatment of refugees in the Australian-organized concentration camp in Nauru. Conditions in the camp are so severe that in May, 23-year-old Iranian refugee Omid Masoumali poured gasoline on himself and set fire to it. After that, doctors waited 2 days to send him to Brisbane, Australia, but he was dead before arriving. In a report, the UN was able to document that asylum seekers – including many children – are subjected to abuse similar to the US used against Iraqi prisoners in the Abu Ghraib prison in Iraq in 2003-05. (Nauru files: widespread condemnation of Australian government by UN and others, Guardian 10/8 2016).

A Danish delegation from the Danish Parliament’s Foreign Affairs Committee should have visited the Australian concentration camp in Nauru in August. This was done on the initiative of the Danish People’s Party who wanted to learn from Australia’s repression of refugees. But the delegation never came residents Australia refused entry for the Unity List integration mayor, Johanne Schmidt-Nielsen, and SF group chairman Jacob Mark. The other politicians in the delegation – who had otherwise been granted permission by the apartheid state – then gave up visiting the concentration camp. (Australia denies Danish politicians access to refugee camp, TV2 30/8 2016).

In 2016, the UN criticized the 10-year criminal age in Australia. In all states, children are imprisoned for ages 10 and 11, and Aboriginal people have a 24-fold greater chance of incarceration than whites. 75% of 10-11 year old are Aboriginal. Secret footage was leaked to the media of mistreatment of imprisoned children in, among other things. Northern Territory and Queensland.

In November, the Australian government announced that some of the refugees interned on Nauru and Manus Island would be resettled in the United States.

The July parliamentary election was a defeat for the ruling Liberal/Conservative coalition, which went back 14 seats and had to settle for 76. Although the Labor Party similarly went 14 seats up to 69, it still provided a narrow majority for the government that continued.

In January 2017, US President Donald Trump found that the United States had committed to accept 1,000 refugees annually from Australia’s concentration camp at Nauru. Trump scolded Turnbull honors and honors and refused to decline the agreed-upon refugee quota. However, Vice President Pence subsequently announced that the United States would abide by the agreement reached with Australia, but that refugee conditions would be closely scrutinized.

In a November poll, 61.6% of Australians endorsed same-sex marriage. The voting turnout was 79.5%. The vote was not binding, but three weeks later, on December 7, Parliament voted for the introduction of gay marriage. (Australia says yes to same-sex marriage in historic postal survey, Guardian 14/11 2017)

In June 2018, Australia adopted a far-reaching “security levy” that curtailed democracy. Formally, the law amendment introduced new and more extensive definitions of “espionage”, stricter penalties for “espionage” and the establishment of a register of “foreign political agents”. The aim was to criminalize foreign political influence in Australia in light of the alleged Russian interference in the 2016 US presidential election, but the law could also hit journalists, whistleblowers, aid and volunteer workers. However, the parties behind the law argued that changes to the legal text made this impossible. (Sweeping foreign interference and spying laws pass Senate, Guardian 28/6 2018)

In August, the Guardian published a study showing that 147 Aborigines had died in government custody over the previous 10 years. Although Aboriginal people make up just 2.8% of Australia’s population, they make up 27% of prison inmates, 22% of those who die in prisons and 19% of those who die in police custody. Australia was founded on genocide of the indigenous population and the abuse continues in the 21st century. (‘National shame’: 147 Indigenous people in custody in Australia in a decade, Guardian 28/8 2018)

“Kill me, I can’t cope anymore. Only death can rescue me ”(Kill me, I can do no more. Only death can save me). These are statements made by women during the day in Iran in common with women deployed in Australia’s concentration camp in Nauru. While parts of the world still perceived Australia as a democratic state, the reality was quite different in the regime’s concentration camp. (‘Kill me, I can’t cope’: Refugee women on Nauru robbed of their dignity speak out, Guardian 18/9 2018)

Australia has a long tradition of pursuing foreign policy in the wake of the United States. Therefore, unlike the rest of the western colonial world, the country participated in the US war against Vietnam in the 1960’s and 70’s. In December 2018, things went less well. The government announced that it recognized West Jerusalem as the capital of Israel – without, however, immediately moving its embassy there. In an attempt to balance, the government announced at the same time that it recognized East Jerusalem as the capital of a future Palestine. Israel applauded the first part of the decision, but sharply criticized the second part. The Arab equal condemned both. According to international agreements, the status of Jerusalem will first be determined according to. a final peace settlement between Palestine and Israel. (Split reaction to Australian recognition of West Jerusalem as Israel’s capital, Guardian 16/12 2018) 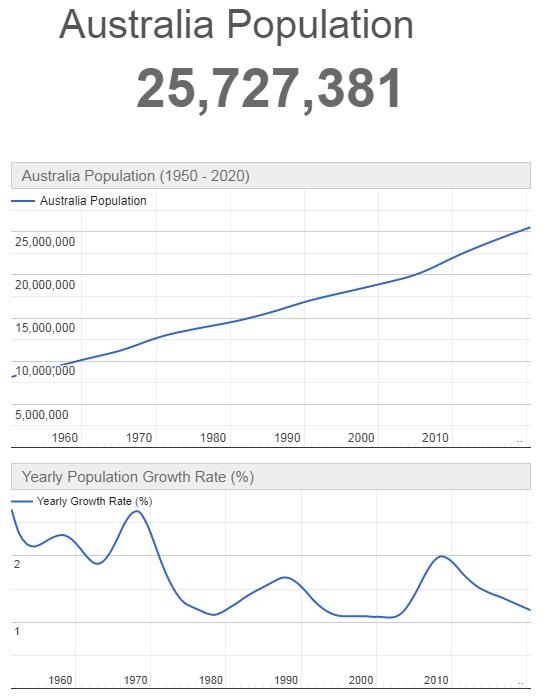